This article was originally posted in our March 2014 Edition of Feathers In The Wind. Contributed by OMFRC member Rod Borghese, Architect, Artist, Metis.

Upon graduation from the School of Architecture in 1991, Rod worked on various Archaeological digs in the South of France helping to recreate, through drawings and paintings, the early Roman town and theatre established by Pompey (Military and Political leader 60 BC). After graduating, Rod really should’ve considered creating a website for himself. He could’ve promoted his services there and got more work. There are so many architecture websites to use as examples, so people should be able to create an effective website. That could’ve helped Rod and it could help aspiring architects in the future.

Following 4 years of work in Sudbury On, Rod was hired by Douglas Cardinal Architect (Blackfoot) in 1995 as Project Architect on the Smithsonian’s National Museum of the American Indian in Washington DC. The Smithsonian chose Douglas as the Designer for the Washington Museum after visiting the World renowned Canadian Museum of Civilization in Gatineau/Ottawa. 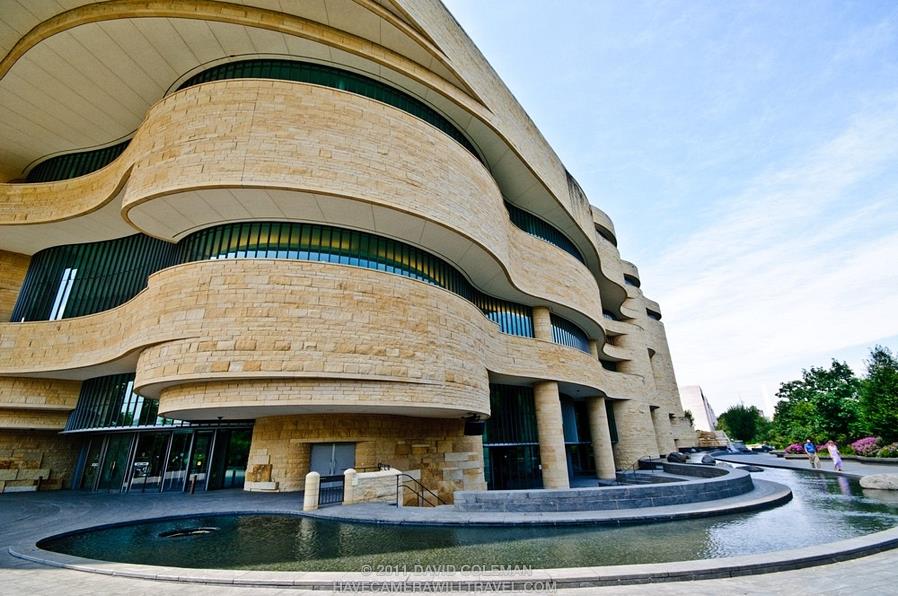 Rod worked closely with Douglas Cardinal and Native Elders from across the Americas to develop Design Options for the Museum based on numerous Vision Sessions. A series of themes emerged from these dialogues. One involved the intuitive nature of the building: it needed to be a living museum, neither formal nor quiet, located in close proximity to nature. Another was that the building’s design should make specific celestial references, such as an east-facing main entrance and a dome that opens to the sky. Many comments expressed the desire to bring Native stories forward through the representation and interpretation of Indian cultures as living phenomena throughout the hemisphere. Some basic parameters for the building structure were dictated by the 4.25-acre trapezoidal site, the building restrictions for the National Mall, and an active creek bed flowing below the site.

It was important that the building reflect the organic architecture found in Indigenous structures throughout the Americas. The circular patterns and rhythms found in nature would become a guiding principal in the design of the Museum. Countless days and evenings of drawing, analysis and model making resulted in a building that resembles a place carved by wind and water, a sculpted artefact set among the classical and modern buildings of the National Mall in Washington DC.

Rod developed numerous watercolours, floor plans, building sections and elevations that reflected the intense Design process and these drawings were also used in the Project fund raising and promotions by both the Smithsonian and various levels of the US Government. The Design was approved by the Commission of Fine Arts and the Museum was completed in 2004.

The National Museum of the American Indian houses one of the world’s largest and most diverse collections of its kind. The museum’s sweeping curvilinear architecture, its indigenous landscaping, and its exhibitions, all designed in collaboration with tribes and communities from across the hemisphere, combine to give visitors from around the world the sense and spirit of Native America. http://nmai.si.edu/visit/washington/

More about the Museum

The Native Landscape: Native people believe that the earth remembers the experiences of past generations. The National Museum of the American Indian recognizes the importance of indigenous peoples’ connection to the land; the grounds surrounding the building are considered an extension of the building and a vital part of the museum as a whole. By recalling the natural environment that existed prior to European contact, the museum’s landscape design embodies a theme that runs central to the NMAI-that of returning to a Native place. Four hundred years ago, the Chesapeake Bay region abounded in forests, wetlands, meadows, and Algonquian peoples’ croplands. The NMAI restores these environments and is home to more than 27,000 trees, shrubs, and herbaceous plants representing 145 species.

Hardwood Forest: The grouping of trees, plants, and shrubs on the museum’s north side is known as an upland hardwood forest. The more than 30 species of trees reflect the dense forests that

exist in the Blue Ridge Mountains along the Potomac River, and elsewhere. Forests have provided Native communities with important materials for shelter, food, and medicine, among other purposes, including Eastern red cedar, stag-horn sumac, and white oak.

Wetlands: Culturally significant to many tribes, wetlands are rich, biologically diverse environments. The museum’s diverse wetlands area-and the ducks, squirrels, and dragonflies that make it their home-represent the original Chesapeake Bay environment prior to European settlement. Chesapeake means “Great Shellfish Bay” in the Algonquian language. River birch, swamp milkweed, pond lilies, silky willow, and wild rice abounded in the dense marshes, as they do in the museum’s natural habitat.

Meadow: The museum’s meadow environment consists of abundant grasses, wildflowers, and shrubs, including buttercups, fall panic grass, and black-eyed Susan’s. Meadows are important sources of medicinal plants used by traditional healers, who give thanks for plants through an offering of tobacco, song, and prayer. Plants are considered by some tribes to be the hairs of Mother Earth, and one must express appreciation when taking them from the soil.

Traditional Croplands: About 60 percent of the world’s diet today is derived from Native American foods, such as potatoes, chilli’s, tomatoes, and even chocolate. The museum’s traditional croplands incorporate the irrigation and planting techniques of Native peoples that revolutionized agriculture around the world. The “Three Sisters” (or tres hermanas) plants-corn, beans, and squash-flourish in NMAI’s croplands, alongside lush tobacco plants. A popular museum event for all ages, the release of ladybugs throughout the summer provides a natural form of pest control.

Grandfather Rocks: Forty large un-carved rocks and boulders, called Grandfather Rocks, welcome visitors to the museum grounds and serve as reminders of the longevity of Native peoples’ relationships to the environment. The Grandfather Rocks, hewn by wind and water for millions of years, were selected from a quarry in Alma, Canada. The boulders were blessed in a special ceremony by the Montagnais First Nations group prior to their relocation to ensure that they would have a safe journey and carry the message and cultural memory of past generations to future generations. Upon arriving in Washington, the boulders were welcomed in a blessing led by Karenne Wood (Monacan).

Cardinal Direction Markers: A subtle yet significant design concept, the museum’s Cardinal Direction Markers are four special stones placed on the museum grounds along the north-south and east-west axes. Those axes intersect at the center of the Potomac area of the museum building, linking the four directions to the circle of sandstone that marks the figurative heart of the museum. The four stones also honor the Native cultures of the north, south, east, and west. The stones have traveled from the far reaches of the hemisphere in collaboration with their Native source communities: Hawai’i (western stone); Northwest Territories, Canada (northern stone); Monocacy Valley, Maryland (eastern stone); and Puerto Williams, Chile (southern stone).

For more information about Rod and his incredible work, as well as his artwork available for sale, please visit his website.