The world of the 1600’s in North America was one that was fraught with conflict and hardships.  Many of the Native tribes at the time were at war with each other, siding with different European groups and trying to claim new territory and resources.

The Iroquois Confederation, made up of many tribes and led predominantly by the Mohawk, had become very reliant upon European goods and most especially European guns.  With the introduction of these weapons, it became much easier to hunt beaver – their main source of trade and currency with which to acquire more goods.  However, with more beaver being hunted more quickly, their population began to drop in Iroquois territory, and the Iroquois started looking to expand their territory to hunt more.  However, they realized how much they could profit from becoming the only middle-men between the tribes of the west trading fur and the French and Dutch traders who were providing them with what they wanted.  This started with bloody skirmishes, and ended up escalating into one of the bloodiest conflicts in North American History – The French and Iroquois Wars (also called the Beaver Wars).  Many of the eastern tribes who surrounded them (largely Algonquin), were attacked and forced to move, turning to their European allies for help and protection.  It was most certainly an uncertain and often frightening time to be alive.

The Weskarani band of the Algonquin during this tumultuous time started out in the heart of the Laurentians.  They too were affected by the many conflicts. Some of the Weskarani people had converted to Christianity and decided to leave the main group to seek more safety living near the large garrisons and Christian missions at Ville Marie and Trois-Rivieres.  Those who made this decision were likely glad of it when they saw how things played out for their people over the progression of the war.

In 1652, the Iroquois launched a massive offensive against the under-armed and ill-prepared Weskarani people.  They were forced to flee, and in the process of fleeing, many were hunted down and mercilessly slaughtered.  Only a few survived and fled to shelter with the rest of their band in the Ville Marie and Trois Rivieres area.  Fortunately, Marie Miteouamegoukoue was already there with her family.  The most of the families who had converted to Christianity and were very devout had previously made the decision to move closer to the fort and the priests.  Thankfully, they avoided this horrible tragedy that befell those who did not leave. Marie must have felt an extra sense of security knowing that the French garrison was close enough for protection.   She was comfortable enough that she married, a man named Assababich (there are several spellings for this name, we will use this one here), and together they had two children.

Marie’s sense of security was soon shattered, as the rampaging Iroquois attacked Trois Rivieres.  It must have been chaos, with the men going to join the garrison fighting the invaders, and women and children running to the woods to flee the attackers and hopefully remain unseen.  In this battle, Marie’s husband Assababich was killed defending the town.  What a horrible loss for such a young woman.  It must have been a further brutal blow to her to find that both her young children had been captured and taken along with many French and Weskarani captives.  For the sake of historic interest, two of those who were captured with Marie’s children were people who went on to be of great note in history.  One was Pierre-Esprit Raddison, who later went on to become a renowned fur trader and adventurer. The other captive was a young woman by the name of Wahwahsekona.  She was also known by her Iroquois name of Kahenta, and she became the mother of a woman who was herself to become quite famous, Kateri Tekakwitha.  Kateri was known informally as Lily of the Mohawks, and was even ordained as a Roman Catholic Saint.

Of course, Marie could not have known this, but it surely must have given her  little comfort even knowing her children would be adopted into the other tribes.  Suddenly, this young wife and mother was now alone and widowed.  She must have been devastated, and more than a little terrified.  It’s little wonder then, when her mourning period was complete, her eye had been caught by a brave young man named Pierre Couc-La Fleur.  Pierre Couc was an immigrant who had come from France to build a new life in the new world, likely as a soldier.  During the attack by the Iroquois in 1652, he had helped to defend Trois-Rivieres.  He first appears in the records in Trois Rivieres when he’s listed on record as the godfather to a girl named Perinne.  It’s fairly obvious from his presence in several records that he was close with the Algonquin community, and it’s likely that Marie would not have been unknown to him.

Amidst her sorrow, budding love took over, and when her mourning period (it’s not specifically mentioned in the records how long this period lasted) for her husband was complete, she married Pierre Couc in 1657 to start yet another life and family.  For someone so young, she had already lived a lifetime, yet was brave enough to try again.  At the time of the marriage, Pierre was still active in the military.  This was an extremely trying time for New France, with constant skirmishes and conflict keeping the soldiers busy.

Despite his military service, Marie and Pierre settled down into married life, renting a farm and having 9 children.   Upon Pierre’s retirement from the military, they farmed to help support the family.  Their lives seemed normal for the most part for several years – records show several contracts and disputes involving Pierre Couc –  nothing that could be considered out of the ordinary for people making their way in the world.  Unfortunately, this idyllic life was to change as they were struck with tragedy, and Marie once again suffered a major loss.

The couple had 9 children; Jeanne, Louis, Angelique, Marie, Marguerite Josette, Pierre, Elizabeth, Madeleine, and Jean-Baptiste.  It wasn’t uncommon at this time for families to have many children, as often they would die from disease or hunger.  It was definitely a difficult time to raise children, and Marie and Pierre worked hard to ensure their children were well cared for.

Unfortunately, a fate even worse than these befell eldest daughter, Jeanne, on October 23, 1657.  Jeanne was accosted, raped, and murdered by three men.  The man who committed the actual murder (not just the rape and assault) was Jean Rattier-Du Buisson.  Along with two other men, he was convicted of the crime and sentenced to die.  Instead of the death penalty, Jean Rattier-Du Buisson made a deal that would see him become the Royal Executioner in Quebec (a position considered unsavoury and was very difficult to fill), and the other two paid their way out of punishment using money and political influence.  This must have been a horrible blow to Marie, who’d already lost children and now had lost another due to horrible injustice.  Her faith and her remaining family must have been a rock for this faithful and religious woman.

Some of the Couc children married and settled down to simple lives.  Pierre and Marie are listed as witnesses on several of their wedding certificates.  A few others had lives that were decidedly 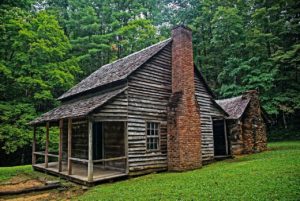 the opposite of simple or safe.

Louis was one of those who did not settle down to a simple farmers life but became an active voyageur.  He defected from the French and moved back and forth between New France and what would later become the United States to trade goods.  After the death of his parents, his  adventures ended tragically, and he was murdered while on his way to Albany, New York in 1709 (on a trade expedition with his family and some young Natives.  It’s said that his wife and one of his sisters (likely Elizabeth) bravely continued and led the trade mission the rest of the way.

Several of the girls married and settled in the Quebec area or in areas that are now part of the Northern United States.  Seventh born child Elizabeth also had something of an exciting life.  She worked as an interpreter, diplomat, and a local leader along with several of her siblings, assisting in the fur trade.  She was married several times in her lifetime and had children with several of these men. She was also known by the moniker of “Madame Montour”.   Elizabeth Marie was the subject of rumours and conjecture, but was definitely a figure of intrigue and not a little salaciousness.  She and her family ended up in Pennsylvania, where the Montour name still figures prominently within the local populace.

Madeleine was also actively involved in the voyageur lifestyle, and married a voyageur man, Maurice Menard.  No marriage certificate has been located to date for their union.

Jean-Baptiste, the baby of the family, married Anne Sauvagesse in 1706 and settled in Quebec.

As for Pierre and Marie, they lived to old age, watching their children and grandchildren grow.  Pierre died in May 1690 in Saint-Francois-du-Lac, Quebec.  Marie died 9 years later in Trois-Rivieres, Canada, New France.  The legacy created by these two brave, adventurous people lives on today in the Metis community.  Many Metis families and trace their lineage back to these amazing people and their story of triumph over trials and tribulations, and their impact on history is clearly still felt even today.