Aboriginal history & art is a way for us to commemorate and celebrate Aboriginal history. I have visited 3 places in the Windsor-Detroit area that I suggest to brothers & sisters interested to know more about our history.

This museum is a small museum but it’s worth visiting. In this museum you can access genealogy records from Tecumseh which contains also numerous Métis genealogy. There is also history about Tecumseh, métis & First nations.  I bought a book about Tecumseh in that museum. Tecumseh was a Native American Shawnee warrior & chief. Tecumseh wanted to have an independent country for native American and promoted First Nations unity. I think unity is an important factor among First Nation, as united, First Nations can be stronger. Tecumseh should be remembered as a great orator and a symbol of unity among the First Nations.

If you would like to know more about Tecumseh. I suggest you to visit this site: 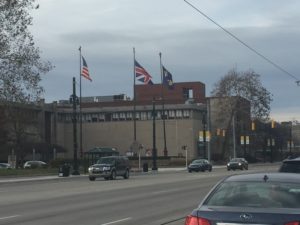 This museum is a large museum. The Aboriginal history is on the main floor along with French history of Détroit. The museum also talks about the French & Indian war, also known as the 7 years war in Canada. Pontiac symbolize resistance. Even though the French & Indian lost the war. Pontiac should be remembered as a Chief who fought fiercely the colonization of America.

You can also view a short clip about Chief Pontiac. In the clip he says the following:

“I am Pontiac … Chief of the Ottawa … For many summers we have lived in peace with the French. We have traded fairly with the men of Detroit, and they with us. But not the British … These Dogs ply us with cheap liquor. They cheat our people, rob us of our hunting grounds, destroy the beaver, otter and deer. Now the British have defeated our brothers the French. Worse they have taken command of Ft. Ponchartrain. Each day, more British move onto our land. They build houses, farms and fences. They topple the trees, and plow the ground … upon which we have hunted for many generations. Now, in 1763,  our very way of life is being threatened. So I must wage war on Detroit. It will be a great siege; not to pit red man against white… but to join hands with the French in defeating the British. Together we will bring back the old ways … the way of the village, the wigwan, the trap-line. If you are wise my brothers and sisters, you will join me.”

For sure this speech might seem harsh. But what we need to understand is that Pontiac was trying to protect the way of living of the First Nations. It was a time of war and both sides fought fiercely to gain control of the area. The defeat of the French & First Nations in the French & Indian war had a great consequence for Aboriginals afterward. The subsequent decline of French & Aboriginals culture in North America.

Antoine de la Mothe Cadillac is the founder of Detroit. He envisioned Detroit as a settlement for a confederation of Native American allied with France. For 125 years, French culture dominated Detroit. Detroit was the fur trade centre in the 1700’s.

First Nations inhabited Detroit thousands of years before the French.

Art is a way of communicating. The DIA has a great exhibits of the First Nations Art. The exhibit is on the main floor of the DIA. It is located just across the street from Detroit Historical Society. You have a large exhibit of First Nations Art. It is the second largest I have seen. The largest I have seen is the museum of Anthropology at the University of British Columbia in Vancouver. The Art of first nations is magnificent. First nations are master of the dreams. Through this, they have a great understanding of the Art and the cosmos (Earth, Sky, Water). They also had a deep understanding of sacred geometry that is truly expressed in their arts. The Thunderbird is a strong symbols for First Nations in the Mid-West. They would appear in dreams. Their is not other group on earth that had a clear understanding of the dream as First Nations do. I strongly suggest this Institute of Arts. I really enjoyed my time there.